Lone Star are pleased to announce that we have entered into a Promotion Agreement to secure the delivery of housing on 10 acres of land to the north of Penkridge. It is hoped that the scheme will see approximately 88 homes delivered in this large South Staffordshire Village.  The land was deleted from the Green Belt in the 1996 Local Plan and ‘safeguarded’ for future housing. Penkridge is identified as a ‘large’ village in the existing Core Strategy settlement hierarchy and the Council expect 90% of development in the plan period to be directed to the larger villages. With the national planning policy aim of substantially boosting the supply of housing and the known requirement for South Staffordshire to accept some of the unmet housing need of the Black Country (as related Authority) the land at Cherrybrook Drive should be allocated for development now.This will boost housing supply in a sustainable location on a portion of land which the Council acknowledge through its safeguarded status as being suitable for housing and does not fulfil the five functions of the Green Belt as identified in the NPPF para 80.

The Site extends to 4.2 hectares and comprises vacant agricultural land, which is currently used to graze sheep for a third of the year. The Site is bound by a hedgerow along the northern boundary, a strip of broadleaved woodland to the east and a dense continuous scrub along the southern boundary with residential properties of Oakley Close, Kentmere Close, Prescott Drive and Little Marsh Grove. The Site is bound on three sides by existing built development. To the south and south west, the Site adjoins an existing residential area of Penkridge made up of late 20th Century development focussed around Cherrybrook Drive. The western boundary of the Site adjoins the Staffordshire and Worcestershire Canal and towpath, and the M6 Motorway runs along the eastern boundary of the Site. There is an existing 3 metre high acoustic fence and semi mature tree planting separating the Site from the M6 Motorway. The northern boundary separates the Site from open countryside, currently in use for agricultural purposes.

Allocated in the Draft South Staffordshire Plan for 88 dwellings. 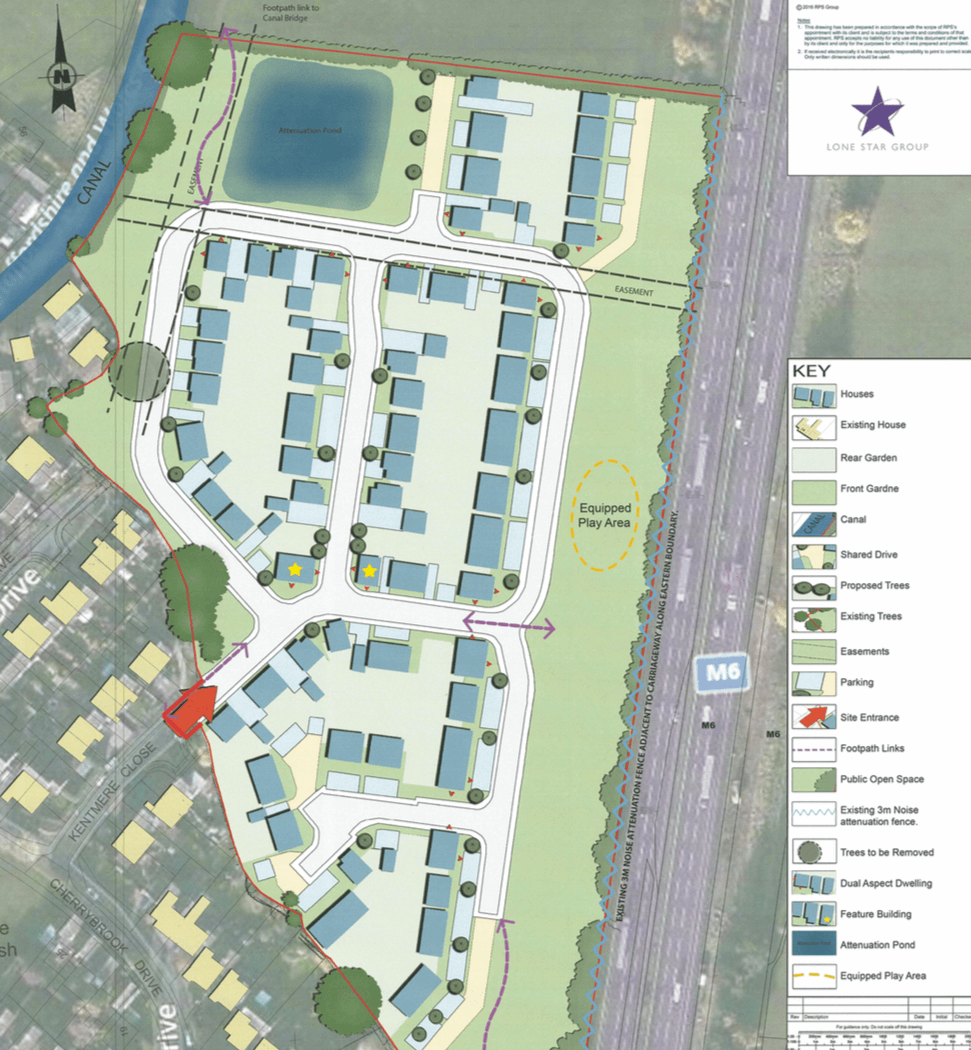 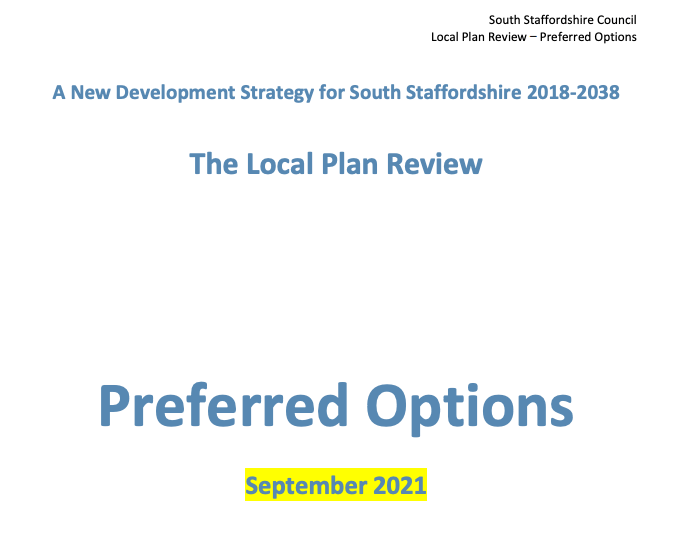